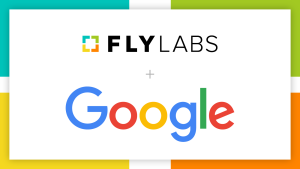 We’ve all been there. Faced with that daunting task of creating a sleek movie/video through an online editor, but knowing that most of the software’s take a lot of time to even get comfortable with using. We’ve got a great solution for you! Fly by Google, Inc., (originally by Fly Labs) is a quick and light video editor that allows you to move seamlessly through the video editing process to create a final project that is pleasing to the eye.

Fly is aimed at helping people edit their videos in a way that does not make the user feel overwhelmed. The app’s goal is to allow people to make the most of their videos. Whether those videos are being used to create a school presentation or being used to keep memories from an exciting day, Fly gives the user the ability to share flawless videos with their audience.

When the app is downloaded, the user is immediately promoted to start creating. The user may import videos they have already captured, or, they may use the “built-in” capture
mode option to capture video while still in the app. Fly does prefer the user to capture videos in landscape mode, so this is something to keep in mind while using the app. The reason for this is because the platform in which videos are uploaded to is set in the landscape model, so your videos will appear truer to their original form in this view. Vertical videos are cro

Once all of the desired videos are uploaded, the user is then prompted to personalize their video! Fly features different ways of interacting with the screen to really enhance the visual components of the video. Transition from video to video include options such as; fade, variations of split screen, switch, turn, etc. All of the transitions are possible by tapping the screen with your finger(s) in different ways (demonstrated in the app). Once the user is satisfied with the way their video looks, the next step is to embed sound. Sounds can include real-time sounds from the video or songs that have been uploaded by the app itself.

The multi-cam feature allows the user to collaborate with friends who have the app, via Bluetooth, to coordinate on the same video together. This option is great if you have students working in either pairs or groups. Gone are the days where one partner is sitting beside the other partner who is working on the computer and can essentially only watch. This feature allows the users to shoot the same video from multiple angles, making the video even more appealing to the eye.

Fly by Google, Inc., presents the user with the concept of “edit on the fly”, hence the name! Fly is a free app that can be found on the app store. There are additional packs that can be purchased within the initial Fly app, which cost $2.99