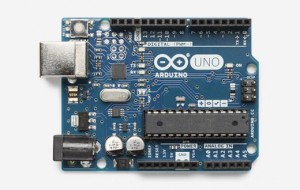 Arduino is an open-source electronics platform based on easy-to-use hardware and software. Arduino boards are able to read inputs (e.g., light on a sensor, a finger on a button, or a Twitter message) and turn it into an output (e.g., activating a motor, turning on an LED, or publishing something online). You can tell your board what to do by sending a set of instructions to the microcontroller on the board.

Getting Started with Arduino

Arduino UNO is the most used and most documented piece of hardware that Arduino offers. The Integrated Development Environment (IDE) software can be downloaded for free on Macintosh OSX, Linux, and Windows, or accessed through their online editor. Within this software, Arduino uses a coding language that is a set of C/C++ functions that can be called from your code. If you are a novice to programming, the coding that is required to program your UNO can be overwhelming at first, however through practice and a growth mindset it becomes quite user friendly.

Don’t have access to a physical Arduino UNO kit? No problem! Tinkercad offers a virtual 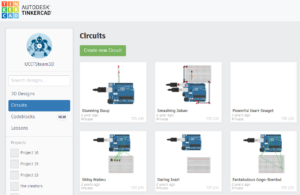 Arduino development environment in which you can “construct” and code with Arduino. Just click on “Circuits” in the sidebar of your Tinkercad dashboard, and you’re ready to create! Better yet, the Tinkercad Circuits environment gives you the option of coding with blocks or text, enabling you to start small and work to more complex code as you become more comfortable!

Not sure how Arduino fits in your classroom? Check our list of Ontario curriculum connections for suggestions!

Arduino in the “Real World”

The Arduino UNO is an example of a piece of hardware that can be seen throughout the real world – especially with the 21st-century skills that are rapidly becoming more important in our society. An Arduino UNO is also known as a microcontroller; essentially, a tiny computer. Through the use of the Arduino IDE, users are able to send information from their computer to the microcontroller. The program sent to the Arduino will have defined inputs and resulting outputs.

We see this kind of programming all the time (whether we recognize it or not) in our everyday lives. Sprinkler systems, garage door openers, medical testing devices, and lighted display signs are just a few examples of systems that use microcontrollers every day. Within industries like manufacturing, microcontrollers have been used for years to aid …

Example Creations Made With Arduino 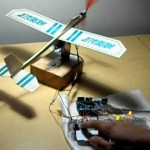 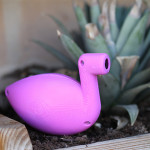 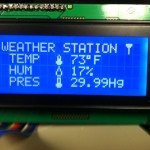