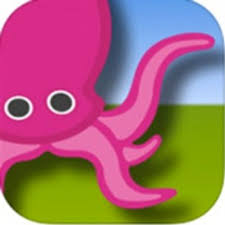 Growing up, one of my favourite movies was The Parent Trap (I mean come on, that handshake between Martin and Annie before she leaves for camp – so cool!). At the time, I always though that Hallie and Annie were twins in real life and therefore two different actresses. My mind was blown the day I found out that it was one actress – Lindsay Lohan. How did they put her in the same scene, at the same time?! My desire to learn about the cinematography behind my favourite childhood movie lead me to learning about green screens and how they can be used in a Makerspace.

A green screen is a tool that has been used in the film industry since the 1930s. Green screens have allowed film makers to create masterpieces, by filming in front of the bright green screen and the use of software to transform the background. This technology has recently become available to amateur film makers (ie. our students) through various apps, a green wall and a tablet or video camera. Do Ink is an app that we use in the lab to achieve the same film magic that happens in Hollywood. We have found that Do Ink is really user friendly – there is a tutorial that takes you through the various capabilities of the app when you download. With footage in front of a green screen, you are able to alter backgrounds to allow students to travel to the ends of the earth or you can create videos of that same person that overlap – creating the illusion of twins. It has been a lot of fun learning about the Green Screens and their place in the classroom, with connections to Biology (have students take you for a tour of a cell), English (re-enact Romeo confessing his love to Juliette on her balcony), Geography (have students try being a meteorologist for the day!) and so many more!

Do Ink is available in the app store for $3.99 CAD