The National Aeronautics and Space Administration (NASA) uses social media channels and mobile apps to tell the world about its findings, while also involving people in its activities. The app featured here is their main one, which invites users to explore and discover the latest that the agency is working on. The app includes 9 sections that cover all aspects of NASA activity: Missions, Images, Videos, Tweets, TV & Radio, News & Features, Centers, Featured, Programs. The app is available for iPhone, iPad, and Android.

To foster learning about the solar system and beyond, the app features thousands of 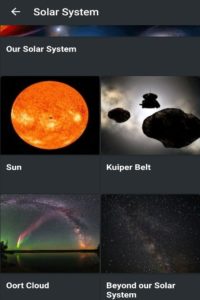 images in the Earth as Art collection that you can rate and save to the app or your device. Users can also tune into live streaming of NASA TV and the latest news and updates. The app can be used to view thousands of on-demand NASA Videos from around the agency, including 360° and 4K videos. NASA’s earliest missions and plans for future missions are featured. Everything can be easily shared on social media, which allows opportunity to connect content to other areas.

The app is brilliant for bringing space units to life for a range of grade levels, but it can also be connected to numeracy, literacy, geography, history, art and outdoor education, because let’s be honest: space is cool! Study colours in space, explore geography 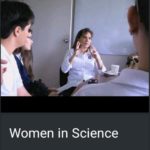 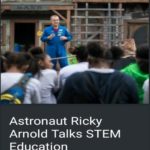 through volcanic activity, or practice literacy by reading or writing about current missions. Videos for celebrations like Women’s History Month and Black History Month feature the incredible role of women and people of colour in STEM, which can help make learning more culturally relevant and meaningful. The app also discusses the role of technology in advancing space exploration.